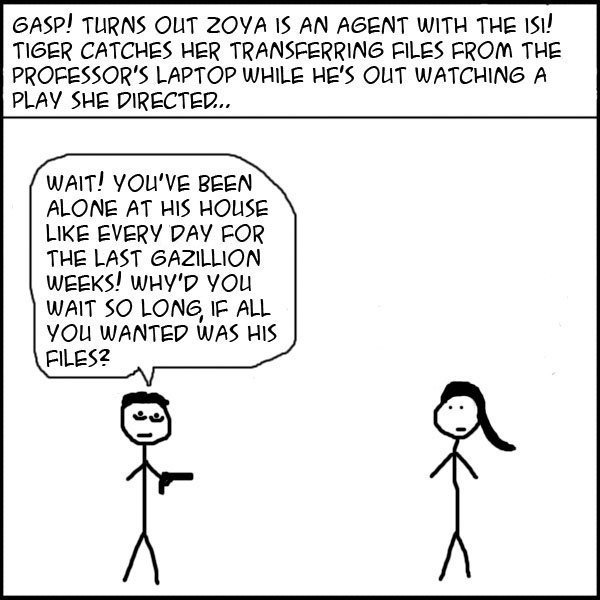 What Am I Doing Here?

Now, I’ve seen my share of movies in my 34 years on this here planet and, for the most part, I love the movie-watching experience. Even with bad films, it’s not often that I’ve found nothing to take away from one. But with some bad films, I can’t help but question some of the decisions the writers take when it comes to the actual stories.

Now, when I say “bad films”, I understand that that’s a completely subjective opinion. I’m not a film critic. I couldn’t tell you the difference between a cinematographer and a director of photography. Having said that, I can tell when a movie has internal logic that makes fuckall sense to me.

Which is all to say that these aren’t movie reviews. You shouldn’t treat them as such.

Thoughts that are very badly illustrated…

Because, in addition to not being a film critic, I’m also not an artist of any sort.

Also, just because a film made it to the site, it’s not to say that I think they’re all without merit (a lot of them aren’t, but not alllll). Honestly, there’s a good chance I like these films more than most others.

Check Out The Fan Zone

Look Through The Whole Archive